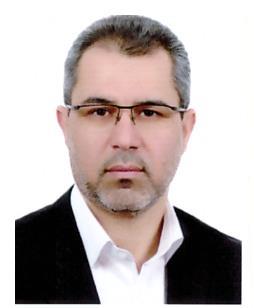 quranic distance, at the end of the verses, is a phenomenon which is one of the aspects of the Qur'an's advantage over Arabic poetry and prose. This phenomenon has been less studied and analyzed in the Qur'anic studies by structural and statistical analysis. The structure of intervals can be considered in three ways: letter, word and sentence. Which letters have the most frequency at the end of the verse and why? What are the letters before the last verse? How many words at the end of the verses are verb, noun, male and female? What is the relation between the difference of the suras' distances with their songs and their rhythms? More than 63% of the verses end with the letters "N" and "M", which have the character of a Ghanaian and have more singing and singing than other letters. One of the benefits of statistical analysis is the lexical structure of the names and attributes that appear at the end of the verses. Notable are the two names "Ghafoor Rahim", which is more prominent at the end of the verse than the other names and attributes. One of the reasons for the difference in the Quranic Surahs' songs is their intervals. However, these issues have been addressed in a new way in this article.